This week the snapshot made some significant changes to the game. The developers showed off a new underground biome, and also slightly changed the generation. Also, the game has now switched to the rendering version, which in the future will have a positive effect on the quality of graphics and optimization.

A new underground biome called Lush Caves can spawn at any depth, including below zero coordinates. It is distinguished by an abundance of vegetation, here you can see all the new plants added in the previous snapshots of version 1.17 – drop leaves, azalea bushes, moss, vines and spore flowers. It is noteworthy that droplets grow on blocks of clay. So far, no new caves are generated in the regular world. To see them, you need to create a custim Single biome world. 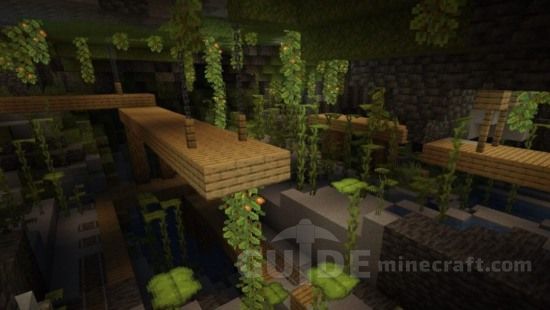 Work continues on the Deepslate.

Once again, the textures of blocks with ore have changed, taking into account the opinion of the players. 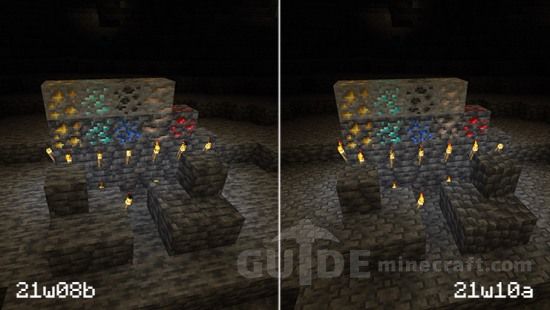 OpenGL 3.2 is now used to render the game. In future updates, its features will improve optimization and implement new graphical effects. Already now it is possible to implement basic shader functions directly in resource packs. There are even examples of such works. 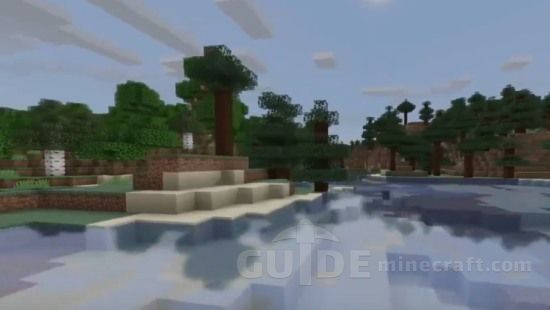 In the near future, with the help of the resource pack, it will be possible to add reflections, create custom shadows, fog effect, depth of field and much more.

Two snapshots were released this week: 21w08a and 21w08b. In the first, the generation of caves was once again changed, and in the second, a new bug with the distribution…

Preparations for changing the underworld continue. A Grimstone has been added to the game this week as part of the deepest dungeons. In addition to the block itself, a lot…

This week’s updates were in preparation for the “cave” part of version 1.17. The underworld has received significant changes: new caves have been added, the maximum depth has been increased….