Minecraft 1.17 will be Released in 2021with Caves & Cliffs Update

Minecraft Live 2020 has ended, and the theme for the next global update has been announced. New version of the game will be called Caves & Cliffs and will be dedicated to improving caves and mountain biomes. New mobs, blocks, and even ore await players!

The update will be really big, in version 1.17 the world generating algorithms will change significantly, which has not happened for a long time. The most notable updates will be given to caves, which will now become more realistic, large and interesting to explore.

Three new mobs will appear in the game: 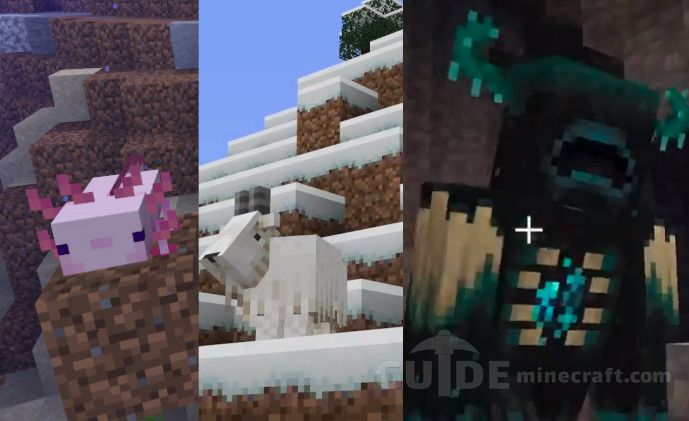 Significant changes will be made to world generation:

In addition, several new items will appear in the game at once:

The Caves & Cliffs update is scheduled for summer 2021. And within a few months we can expect the first snapshots, from which we will receive more information about all the innovations!

Minecraft Live 2020 is Coming This Saturday!

The main event for Minecrafters from around the world will take place on October 3, at 16:00 UTC. The developers promise news of a major update for Minecraft, as well…

Version 1.16.2 was supposed to be final for the Nether Update, but this was prevented by a critical bug. Players could duplicate any object by killing Piglin children. Now this…

Another update of Minecraft Nether Update has been released, including several small changes, as well as a new mob. Most likely, this is the final release of version 1.16, which…