The snapshot released this week caused a rather mixed reaction among the players. It changed some redstone work principles, bringing them as close as possible to Bedrock Edition. Because of this, many existing mechanisms will cease to work in new versions, and they will need to be redone according to the new rules.

In words, many changes may look confusing, so the developers provided a picture on which you can visually change all the innovations. 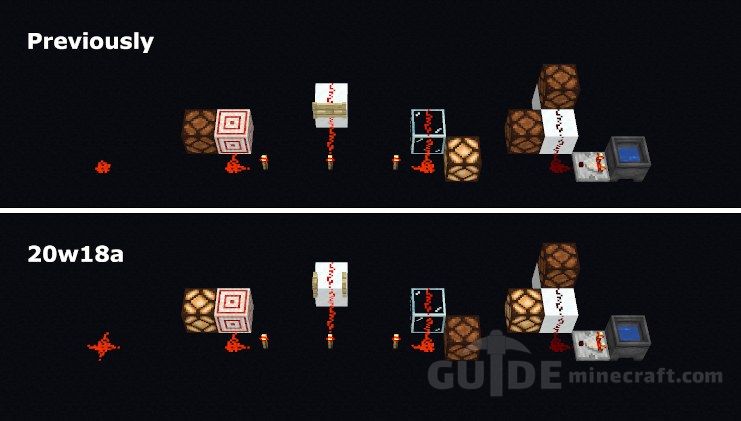 Minecraft with RTX is now available

All owners of Minecraft Bedrock Edition for Windows 10 can now participate in Minecraft beta testing with RTX technology. To do this, you need to download a special version of…

The new snapshot version 1.16 get several interesting innovations. Now, around the world, ruined Nether portals will be generated, which can be “repaired”. In addition, a new structure appeared in…

The improvement of the Nether continues. In the next snapshot version 1.16, one more is added to the existing four biomes – Basalt Deltas. Also in Minecraft, new blocks appeared,…