The improvement of the Nether continues. In the next snapshot version 1.16, one more is added to the existing four biomes – Basalt Deltas. Also in Minecraft, new blocks appeared, new blocks and several other interesting changes were made. 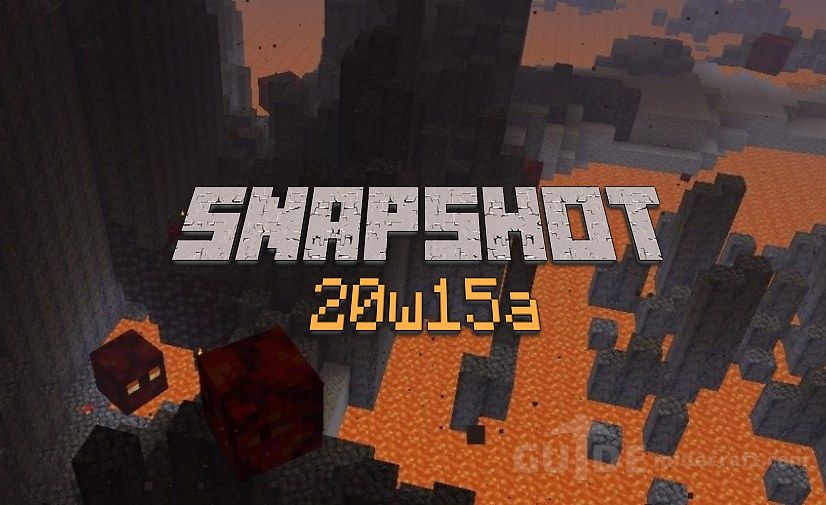 The new biome is the result of volcanic eruptions. It is characterized by an abundance of high basalt columns, as well as many lava flows of different widths. A lot of magma slugs spawn in a biome. Also, special particles of white ash were added specifically for him.

A new type of stone has been added to the game – Blackstone. It duplicates the functions of ordinary stone, allowing you to create decorative blocks and weapons. There is also a subspecies of it – Gilded Blackstone. When mining this block, there is a chance of falling pieces of gold. Blackstone is generated in basaltic deltas in large quantities.

The new snapshot turned out to be quite unexpected, because the developers did not announce the appearance of a new mob in Nether. The added creature has several interesting features,…

Snapshot 21w12a: respawn in Nether and other changes

In snapshot 21w12, new features have appeared that make survival in the Nether World more interesting. Finally, an item was added thanks to which players will no longer be returned…

Minecraft Dungeons release may be delayed due to coronavirus

A pandemic caused by the COVID-19 virus is likely to affect the release date of a new game from Mojang. This was reported by the developers themselves in the official…