New Advancements in the 19w46a Snapshot

The next snapshot of the Bugs & Bees update has been released. Its main feature was the new advancements associated with bee themes. Some other other changes were also made, as well as once again improved performance. 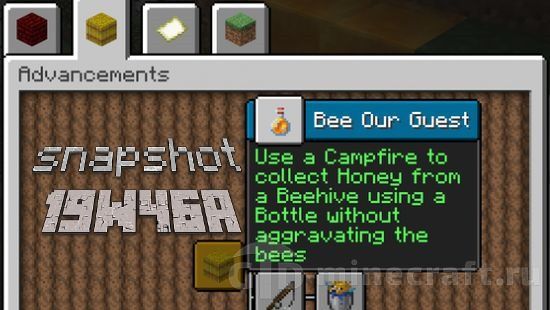 In snapshot, the following advancements were added:

In addition, experience balls now drop right at the scene of the mob’s murder, so collecting them will be easier. Also in creative mode added the ability to eat any food.

According to the Polygon, Minecraft took first place in the list of 100 best games, released between 2010 and 2020. The game was praised for being able to realize creativity…

The long-awaited update 1.13 for Minecraft Bedrock Edition has been released, which includes both familiar content from the PC version and completely new features. The update is already available on…