The first 1.16 Pre-Releases are Now Available

Now you can download the first Minecraft 1.16 pre-releases, which means that in the near future a full Nether Update will be released. In the latest update, emphasis was placed on many technical nuances, a new level of graphics quality was added, and work with datapacks was improved. Also, pre-release 2 was released soon, fixing errors, leading to random game crashes. 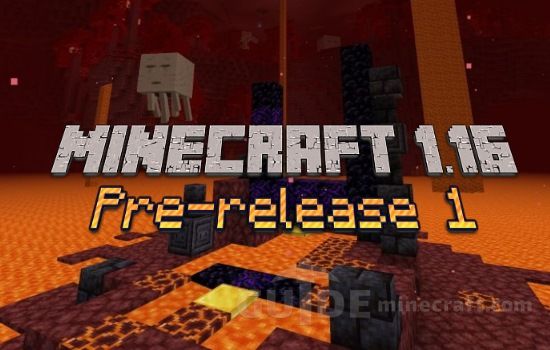 Entering the graphics settings, you can see a new quality option called “Fabulous”. Its difference is better mixing of transparent layers due to pixel-by-pixel processing.

Good news for datapack users and creators: now they can be added to the world right at the time of creation. You can open the settings page, which looks like a page with resource packs. This feature will be especially useful for datapacks that generate structures. In addition, when copying the world, its datepacks will also be copied.

Other changes in Minecraft 1.16 pre-release 1:

In the new snapshot, experiments are continuing on new features and ease of play. Now Minecraft has the opportunity to export and import world creation settings, which can open up…

With the release of a new snapshot, players will have even more reasons to explore the Nether Dimension. Ten new achievements have been added to Minecraft, most of which are…

Minor Changes in the Snapshot 20w19a

In the new snapshots, one should not expect large-scale changes. According to the developers, they have already added everything that they wanted to implement in version 1.16, and now they…