Thanks to the Humans mod, a single-player in Minecraft will look like an online server. You will meet people in random places. It will be possible to create a small squad that will follow you. 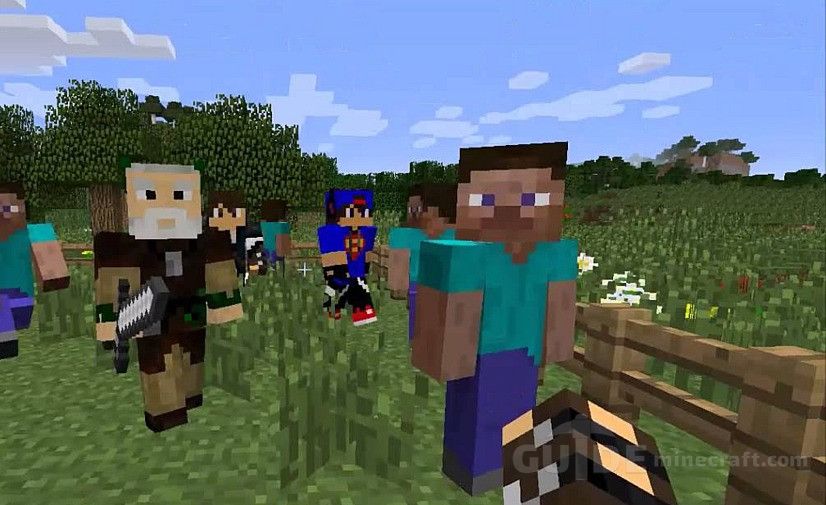 Human mobs will most often have standard Steve or Alex skins, but sometimes they can get skins and models from other random players. They can be tamed according to the same principle as animals. To do this, you need to give such a mob a diamond. Also, you can put any weapon and armor on it. This mod is also available for Fabric, following this link you will find later versions.

How to install Humans mod

With Prehistoric Fauna, you will add a few dinosaurs to Minecraft that will make survival more diverse. New mobs have received quality models and realistic behavior. Mod adds several new…

Ice Ice Baby is a mod that adds an Ice Scientist to the game, who was one of the contenders when voting for a new mob. Since he lost first…

More Flower Bushes mod adds eight new two-block high flower bushes, such as blue hortensia, fuchsia, blue sage. They will be generated in any forests, including flower ones. All flowers…